Itching of the anus, redness and burning – these symptoms are far too often incorrectly attributed to hemorrhoids . Sometimes a fungal infection on anus can be the cause of such agony. Many people suffered from fungus on anus, although a few of them would talk about it. We’ll tell you what the causes and symptoms of anus fungus are and how you can get rid of the symptoms.

What are the causes of fungus on the anus?

Fungus on the anus is usually the yeast , which is very often found on mucous membranes or healthy skin, but can also be found massively increased in moist areas of the body such as  anus. The possible causes are:

How often does fungal infection on anus occur?

Fungus on anus mostly occurs in people between the ages of 30 and 50. According to some statistics, up to five percent of the population are said to be affected by these complaints, with men suffer from this annoying itches much more often.

The problem with such statistics, however, is that the fungus on the anus is a taboo topic. Most sufferers does not mention their problem out of shame. From this it can be concluded that there are far more people suffering from fungus on anus.

How do I recognize fungus on the anus?

Fungi can be found in human intestines, but most of the time they do not cause any symptoms. However, some microorganisms, mostly Candida albicans , can multiply unhindered for various reasons and cause fungus on anus. The fungus in intestines manifests itself as exhalation. When it gets to the anus, the itching starts too. In women, the fungus can very often get from the anus to the vagina, causing vaginal fungus.

Fungal infections of the intestine also have the following symptoms:

However, these symptoms can also be side effects of other diseases. In case of fungal infection of the intestine, dietary habits can provide an additional clue. If symptoms become severe particularly after consumption of a large amount of white flour or refined sugar, it is most likely yeast. This is because yeast feeds on carbohydrates.

Anus fungus and the subsequent itching can significantly affect your everyday life and therefore you should do something about it as soon as possible. But before seeing a doctor, there are certain things you can do at home to try. These depend on the cause of the fungus on the anus.

The following tips could help you to alleviate the symptoms:

Should I see a doctor?

If the anus itching occurs only briefly and soon disappears on its own, you don’t necessarily need to see a doctor. The cause of short-term itching can be different foods that contain questionable ingredients. The consumption of such foods can cause allergic reactions and skin irritations such as itching in the anus region. Such food or drink includes spicy and salty foods, caffeine, and even dairy products.

However, if the itching persists for a long time and you have not been able to achieve anything against the anus fungus with home remedies, you should definitely consult a doctor. Otherwise, your quality of life will be significantly impaired by the constant symptoms. But that’s not the only reason to see a doctor, because if left untreated, fungi in the intestine can lead to other diseases. 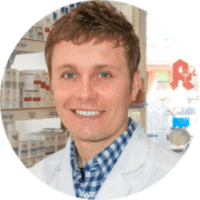